This recipe for bacon mac and cheese features corkscrew pasta, a creamy, cheesy sauce, and crisp, smoky bacon. It’s perfect as a side dish and also hearty enough to be a standalone meal. 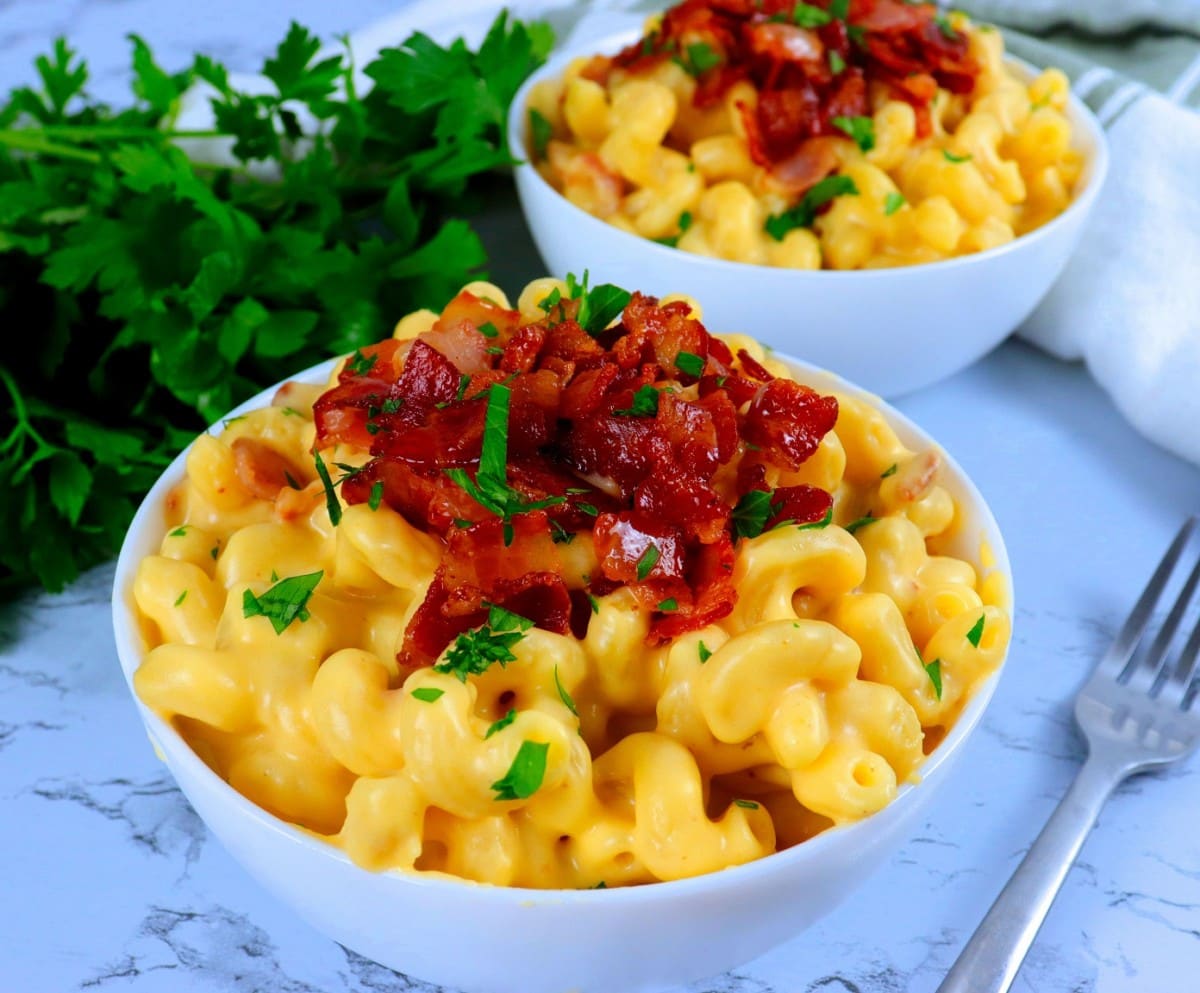 Everyone loves macaroni and cheese, and adding bacon to it gives it a major flavor upgrade! I love this bacon mac and cheese recipe because it’s delicious, packed with protein, budget-friendly, and can easily feed a crowd. It also makes great leftovers!

Ingredients for Bacon Mac and Cheese: 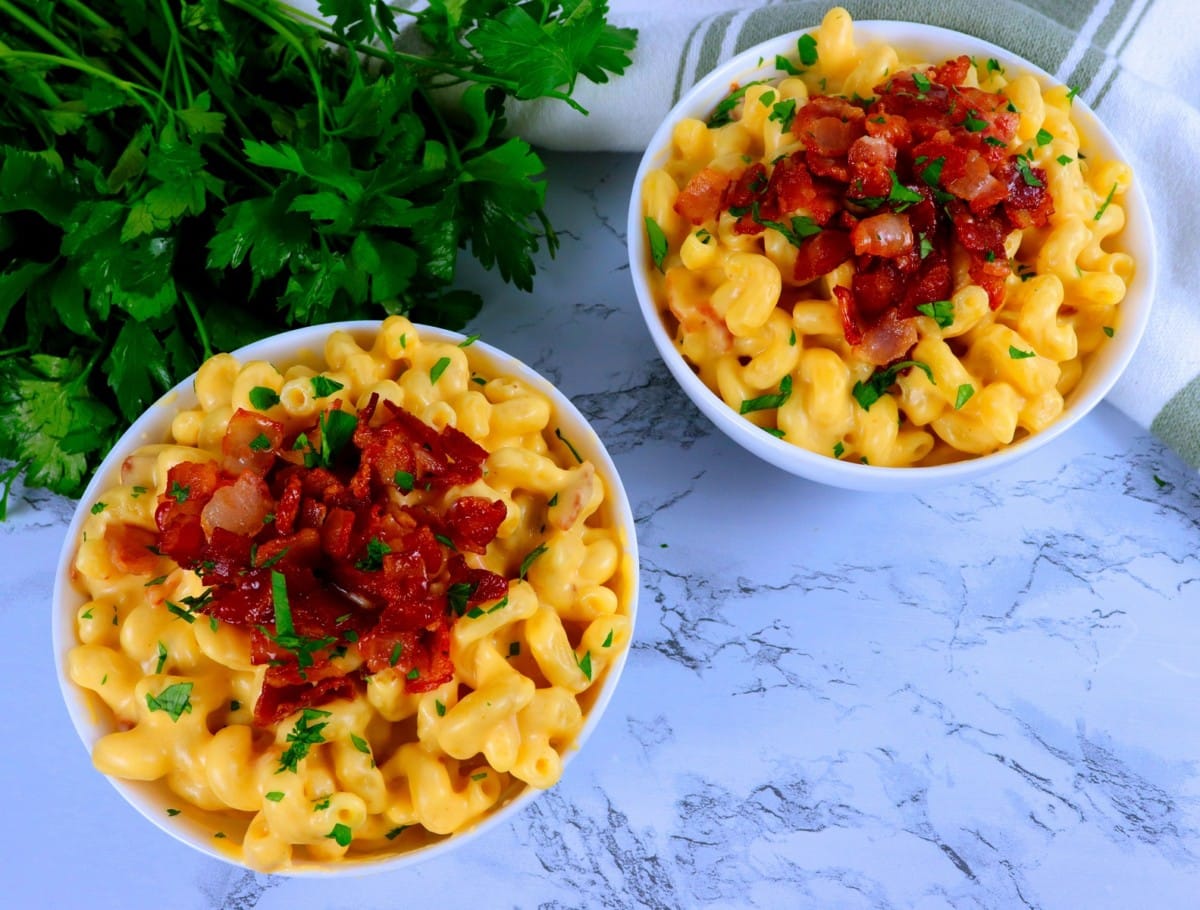 How to Make Bacon Macaroni and Cheese:

Step one: Start by cooking the pasta according to the package directions. Make sure to add salt to your boiling water to give the pasta flavor.

Step two: Chop the bacon into bite-sized pieces and cook in a large pot until crispy. Remove from the pot and set aside. Make a paste by mixing in the cornstarch and salt with the rendered bacon grease. Cook and stir occasionally until the cornstarch is browned. Pour in the milk and bring to a boil. Reduce the heat and cook over medium heat until thickened.

Step three: Stir in the sour cream and shredded cheese. Cook over low heat until the cheese is melted and the sauce is smooth. Stir in the bacon and the cooked and drained pasta until evenly coated. I like to save some of the cooked bacon to use as a garnish. Serve warm and enjoy! 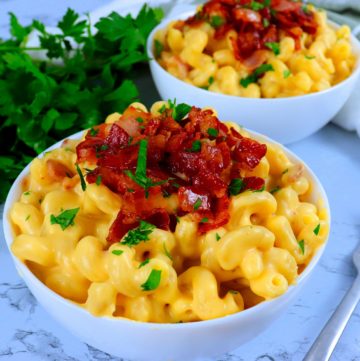 *For the cheese use block-style and shred it yourself. Pre-shredded cheeses contain anti-clumping starches that make it not melt as well.  *Cheddar is classic but it's best to use a combination of 2 or more cheeses for the best flavor. Choose a cheese that melts well such as Colby, Monterey Jack, Gruyère, Provolone, Fontina, Mozzarella, Asiago, or Gouda.