This Belgian Waffles Recipe makes the best waffles that are incredibly light, fluffy, and perfectly sweet. Drowning them in butter and syrup is an absolute must! 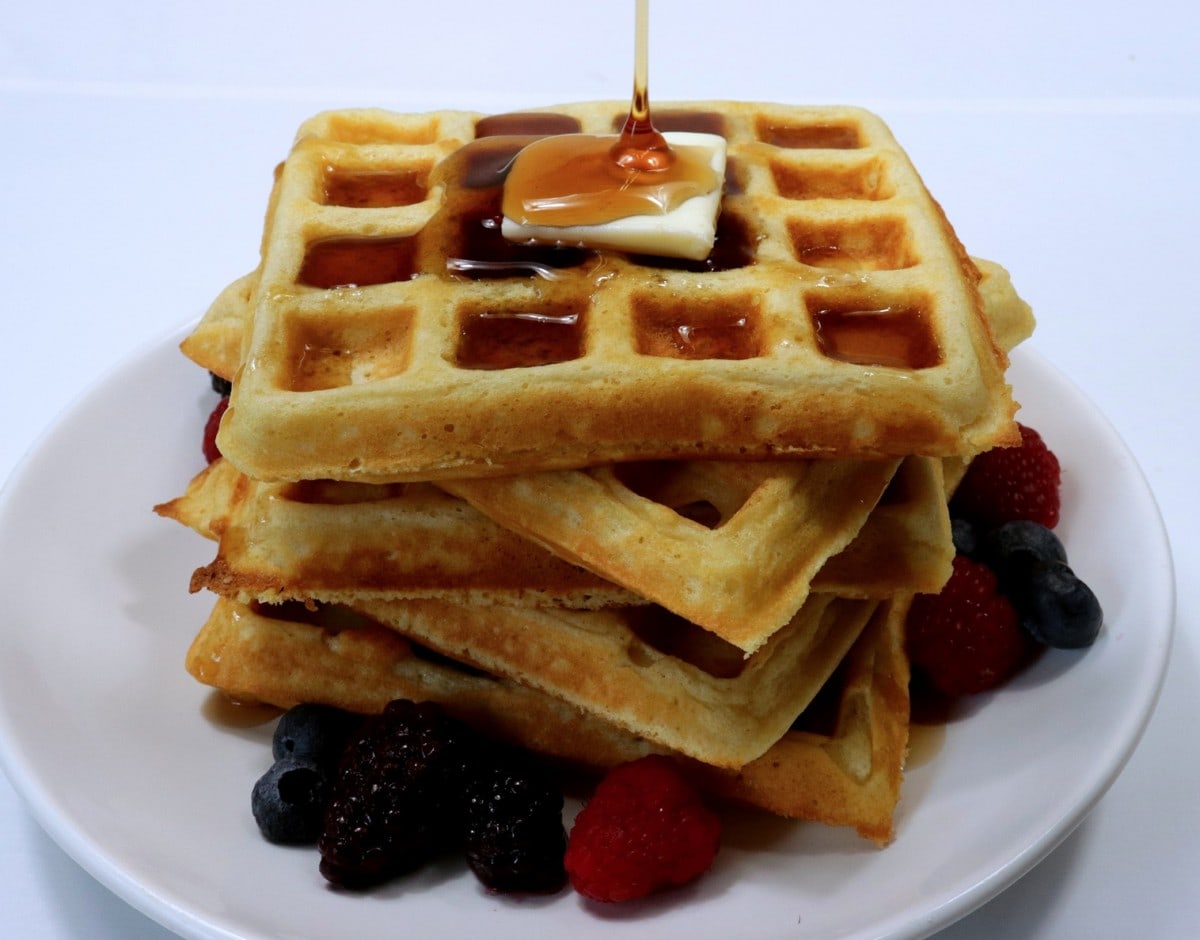 Breakfast is by far my favorite meal of the day, and this Belgian waffles recipe is at the top of my list. It's so indulgent and seriously addicting!

Melted butter: Unsalted and slightly cooled. Some waffle recipes call for vegetable oil, which is fine. I prefer using melted butter because it helps make the exterior extra crispy.

Cinnamon: I love the flavor the cinnamon adds in this recipe. Just a heads up, it makes the waffle look like it was made with whole wheat flour. So leave it out if you want a more golden yellow waffle.

Eggs: Yolks and whites separated: Beat the egg whites in a separate bowl until stiff peaks form. Then gently fold them into your waffle batter right before cooking the waffles. This is a classic waffle making technique that makes the waffles crispy as well as super light and fluffy. 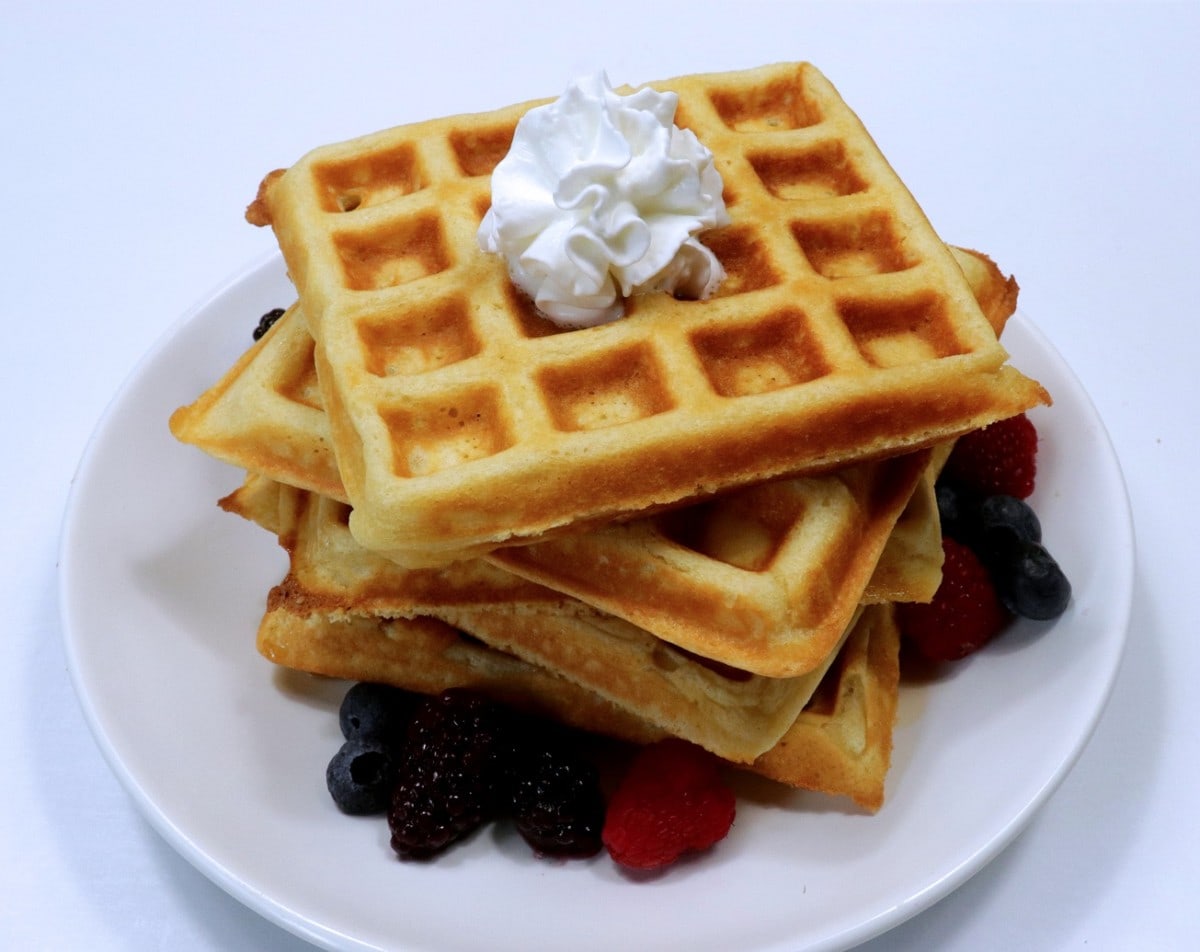 How to Make Belgian Waffles: 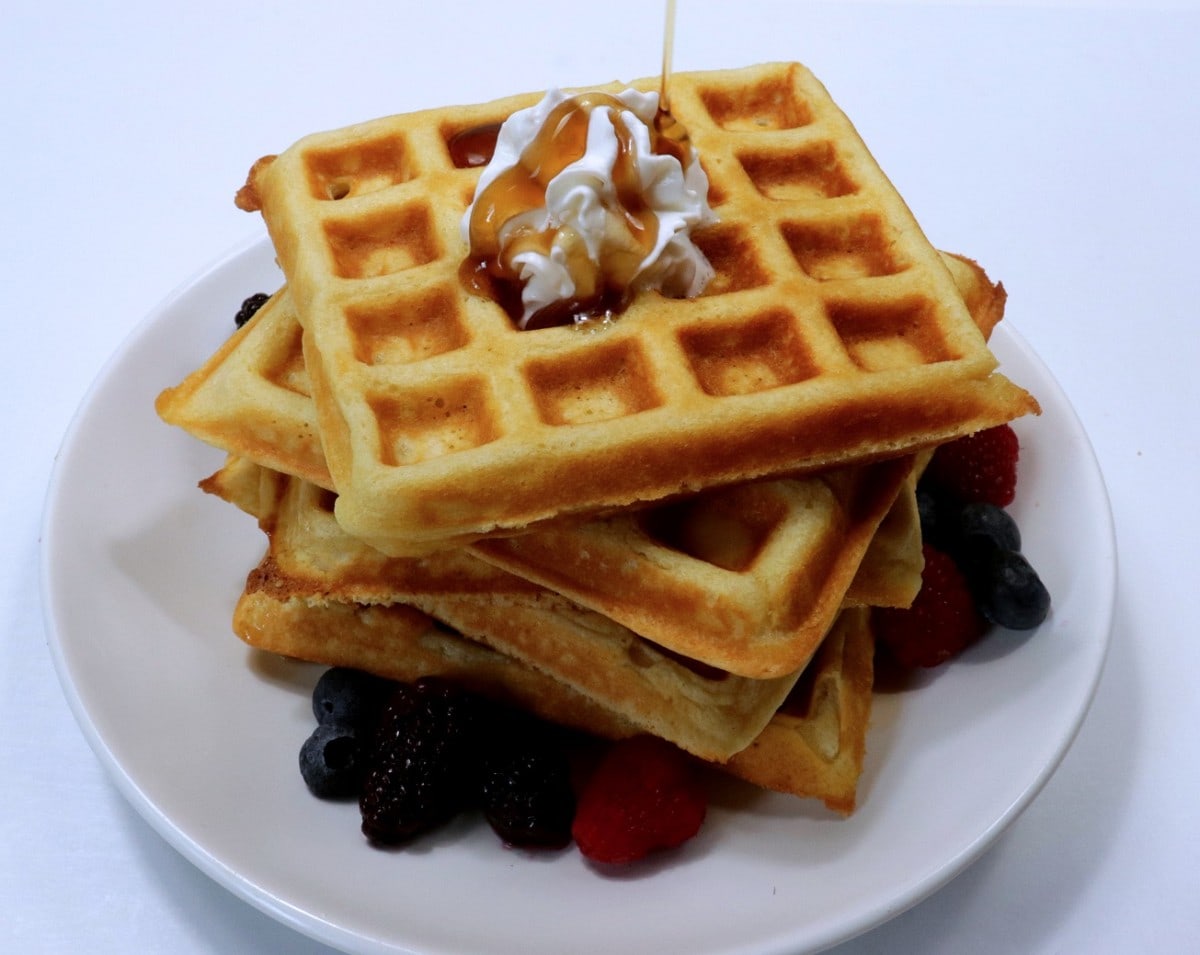 How to Freeze Belgian Waffles:

This is a perfect recipe to make a huge batch of and then store in the freezer for later use. To freeze: Cook the waffles and allow them to cool. Place individually on a baking pan lined with parchment paper and place the pan in the freezer. Once the waffles are frozen add them to a large plastic bag, keep in the refrigerator for up to 3 months. Cook waffles from frozen in the toaster oven or microwave for a quick and easy breakfast. 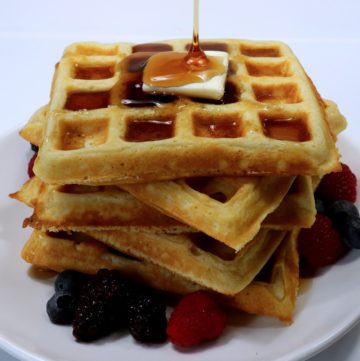