Clam chowder is a thick and creamy soup that is packed with chopped clams, veggies, and more! It is delicious comfort food that is easy to make and perfect to enjoy year-round. 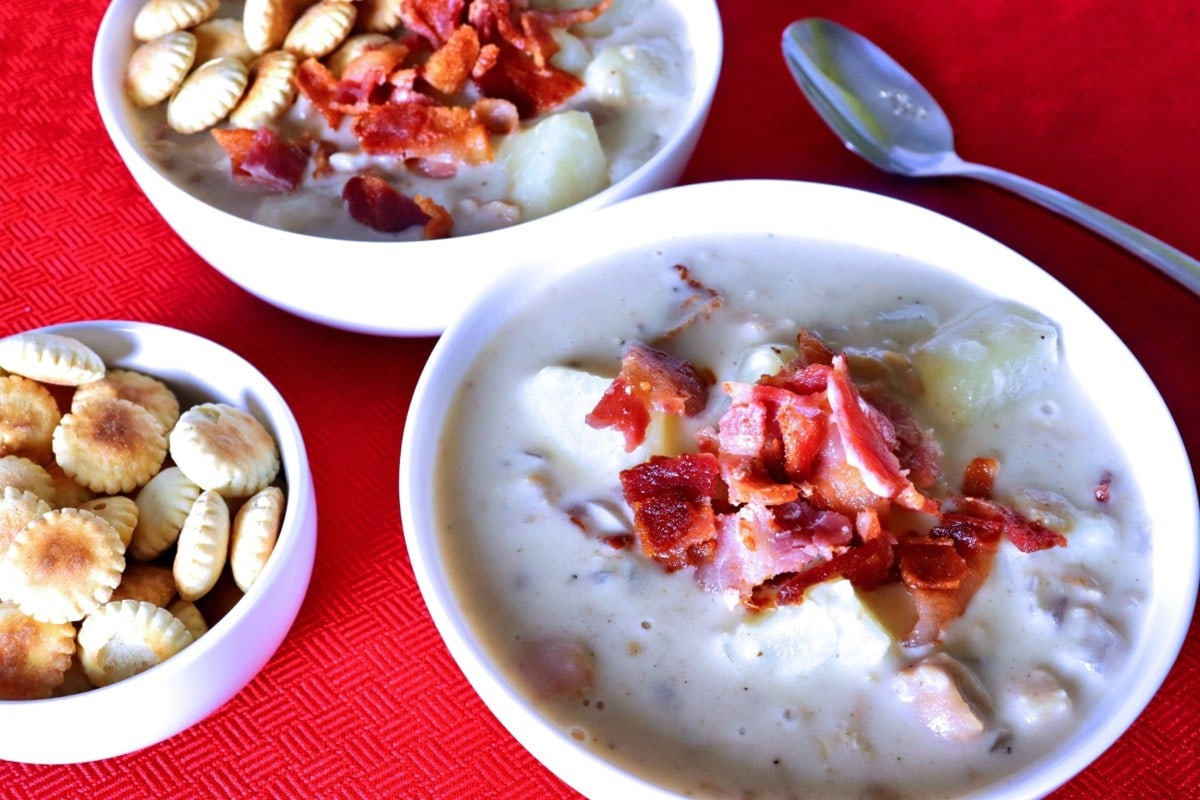 This recipe makes delicious, restaurant-quality thick and creamy clam chowder. It's an easy, one-pot meal made with simple ingredients.

Chopped clams: I prefer using canned chopped clams instead of fresh because it's way easier and also a lot cheaper. Because clams can become tough and chewy quickly when overcooked, don't add them into the soup until just before serving. I made the mistake of adding them too early and the result was very hard to chew clams. So now I always add them in right before serving the soup. Be sure to add in the juice as well, which adds to the clam-y flavor!

Bacon: Chopped bacon adds amazing flavor. Cook the bacon first and then set aside while you make the rest of the soup. You can stir the bacon into the soup before serving, or use it as a garnish, which adds a pop of color and enhances the presentation.

Vegetables and aromatics: Clam chowder is made with chunky potatoes, along with aromatic chopped onions and minced garlic.

Cream: Clam chowder is not a health food! It's made with lots of butter, milk, and cream.

Broth: Every soup needs a little liquid. I used chicken broth, but feel free to mix it up with a seafood or vegetable broth if you'd like.

Flour: Flour is what makes this soup extra thick and creamy! I used ¼ cup, but you can always use more or less depending on how thick you want your soup to be. 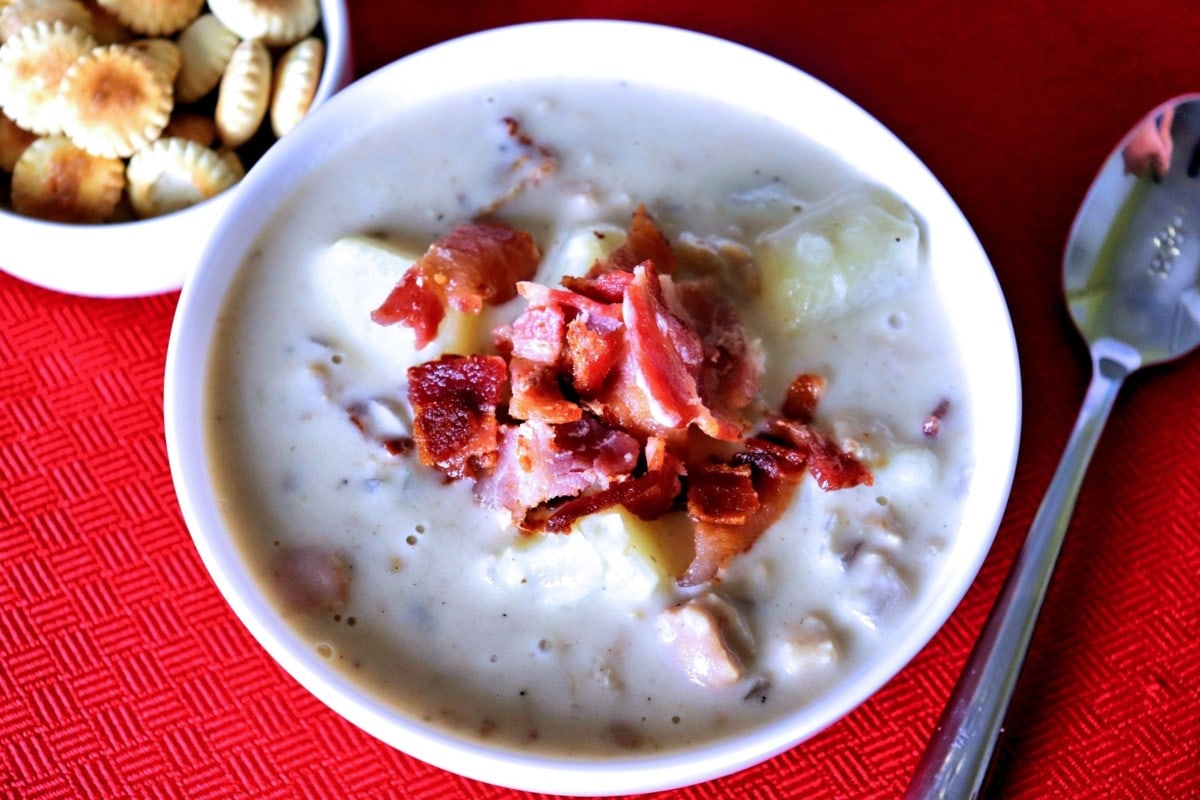 How to Make Clam Chowder:

Start by cooking the bacon, you can cook it in the same pot as you will be making the soup or in a separate pan, it's up to you. While the bacon is cooking, start prepping your other ingredients. Chop the onions, mince the garlic, and peel and chop the potatoes. I like a chunky soup with a lot of potatoes, so I used two medium russet potatoes and chopped them into quarters, about ½" in thickness.

Once the bacon is cooked and crispy on both sides, remove it from the pan and discard the bacon grease. Then melt the butter in the pan and add the chopped onions. Cook until fragrant, about 2 minutes. Stir in the minced garlic and quartered potatoes and sauté for an additional minute.

Add in the flour and stir to evenly coat, season with salt and pepper, then pour in the broth and the milk. Stir and bring to a boil, reduce the heat and continue to cook until the potatoes are soft and easily pierced with a fork. Keep stirring every so often so the soup doesn't stick to the bottom of the pan. Once the potatoes are soft stir in the chopped clams and heavy cream. Taste and add more salt if needed. 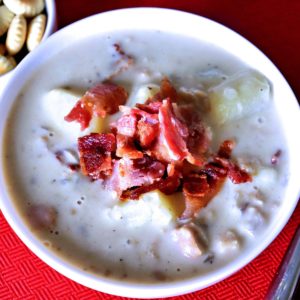