Pandan cake is a traditional Southeast Asian dessert made with a light, fluffy chiffon cake infused with pandan flavoring. The cake is incredibly soft, fluffy, and tastes delicious with a fresh whipped cream topping. If you've never made a chiffon cake, this post has everything you need to know plus plenty of step-by-step pictures to help you along the way. 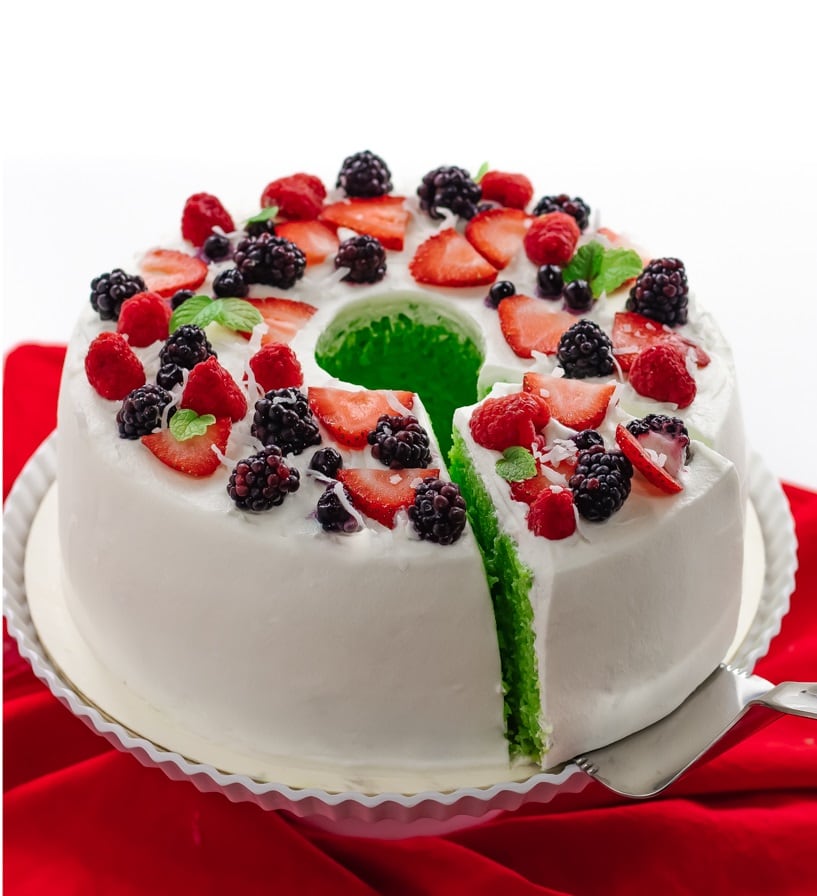 Pandan (pandanus amaryllifolius) is a tropical plant grown widely throughout South and Southeast Asia. The plant's leaves are very common in Southeast Asian cooking, both for savory dishes and desserts. The leaves themselves are not edible, but are often cooked along with soups, stews, rice, or used as a wrap for grilling meat, all which add delicious depth of flavor. In baking, pandan extract is used similar to the way vanilla extract is used in western cultures. The flavor is very pleasant, mild, slightly sweet, warm, earthy, and tastes great in pretty much any dessert recipe. You can find pandan leaves at some Asian markets, but the easiest way to get it is to order it online.

For the cake batter: 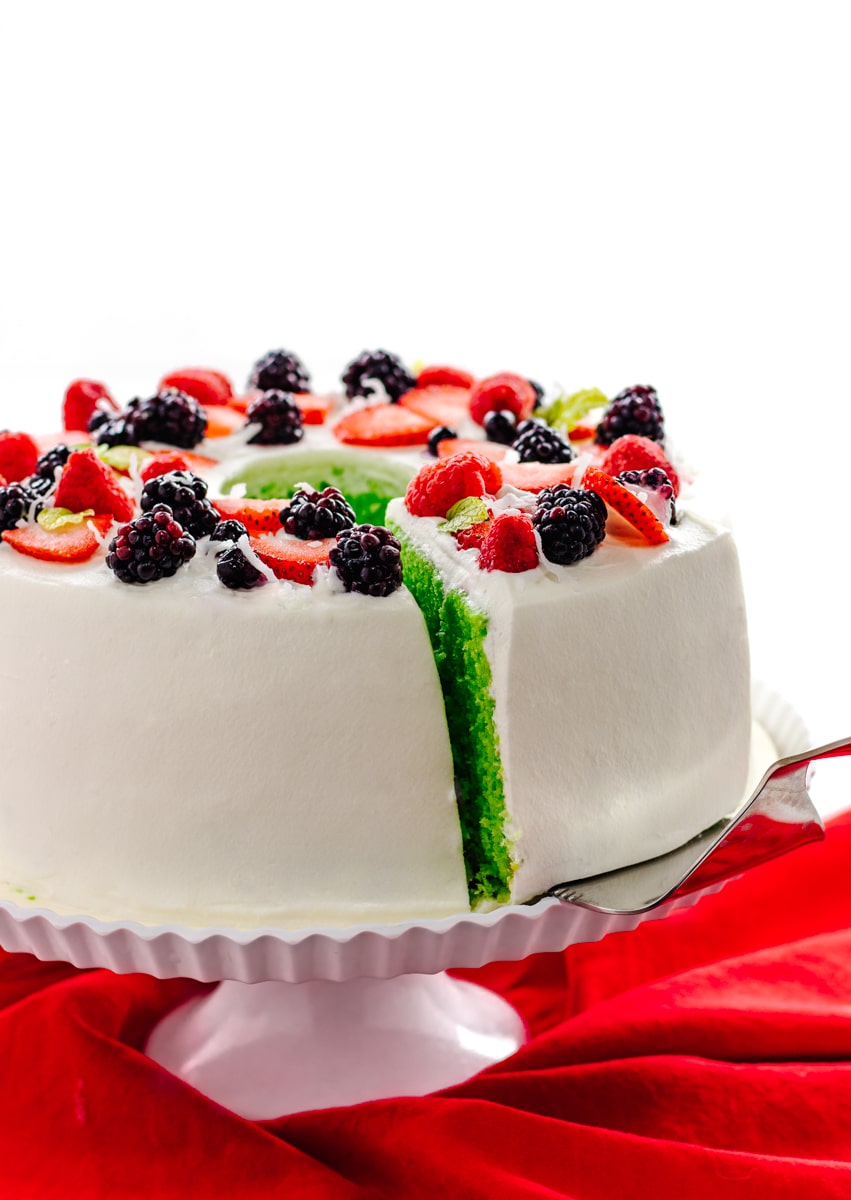 How to Make Pandan Cake

Set your oven rack to the lowest position and preheat your oven to 325° F.

Make the Cake Batter: In a medium bowl, whisk the cake flour, 1 cup of granulated sugar, baking powder, and salt. Set aside. In a very large bowl, add the egg yolks, vegetable oil, coconut milk, and pandan flavoring. Whisk vigorously to combine. Add the dry ingredients and whisk well until the batter is completely smooth. 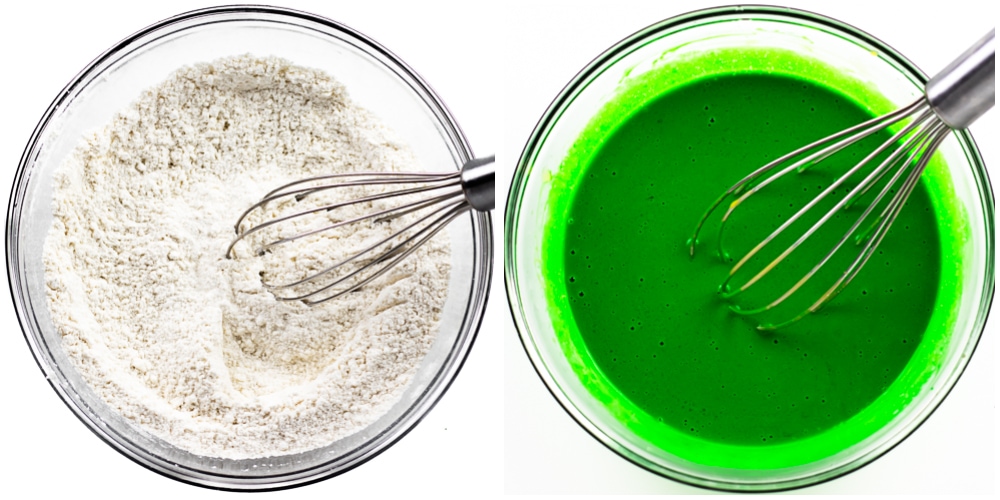 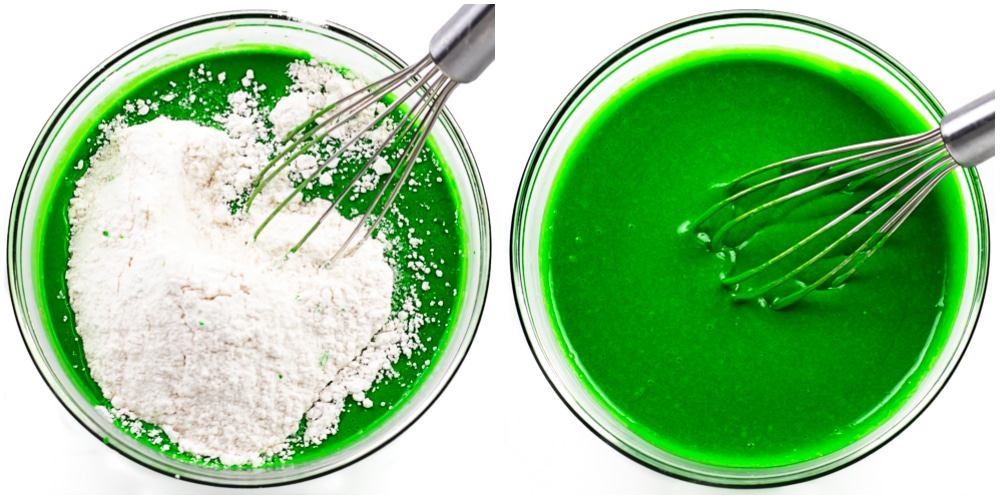 Add the egg whites to a completely clean and dry, very large bowl or bowl of a stand mixer (recommended).

Use an electric mixer or the whisk attachment in the stand mixer and begin whipping the egg whites. After about 30 seconds, add the cream of tartar, and keep mixing until the egg whites start to thicken and turn frothy. 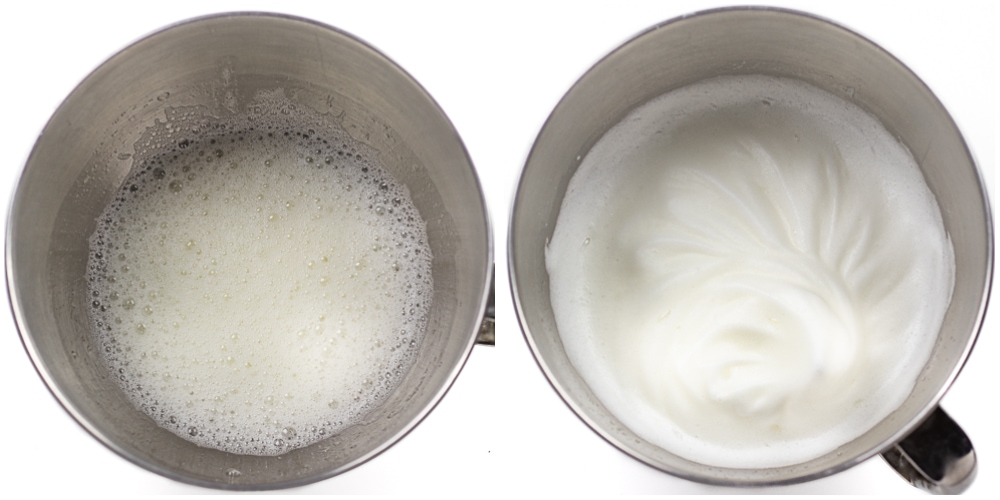 Start adding the sifted granulated sugar, about 2 tablespoons at a time, and mix for about 20 seconds between each addition.

Once all of the sugar is added, mix until the meringue reaches medium-stiff peaks, about 3-5 minutes. It should be thick, glossy, and when you lift the mixer up and turn it upside down there should be a peak that sticks up with a very slight curl at the tip. 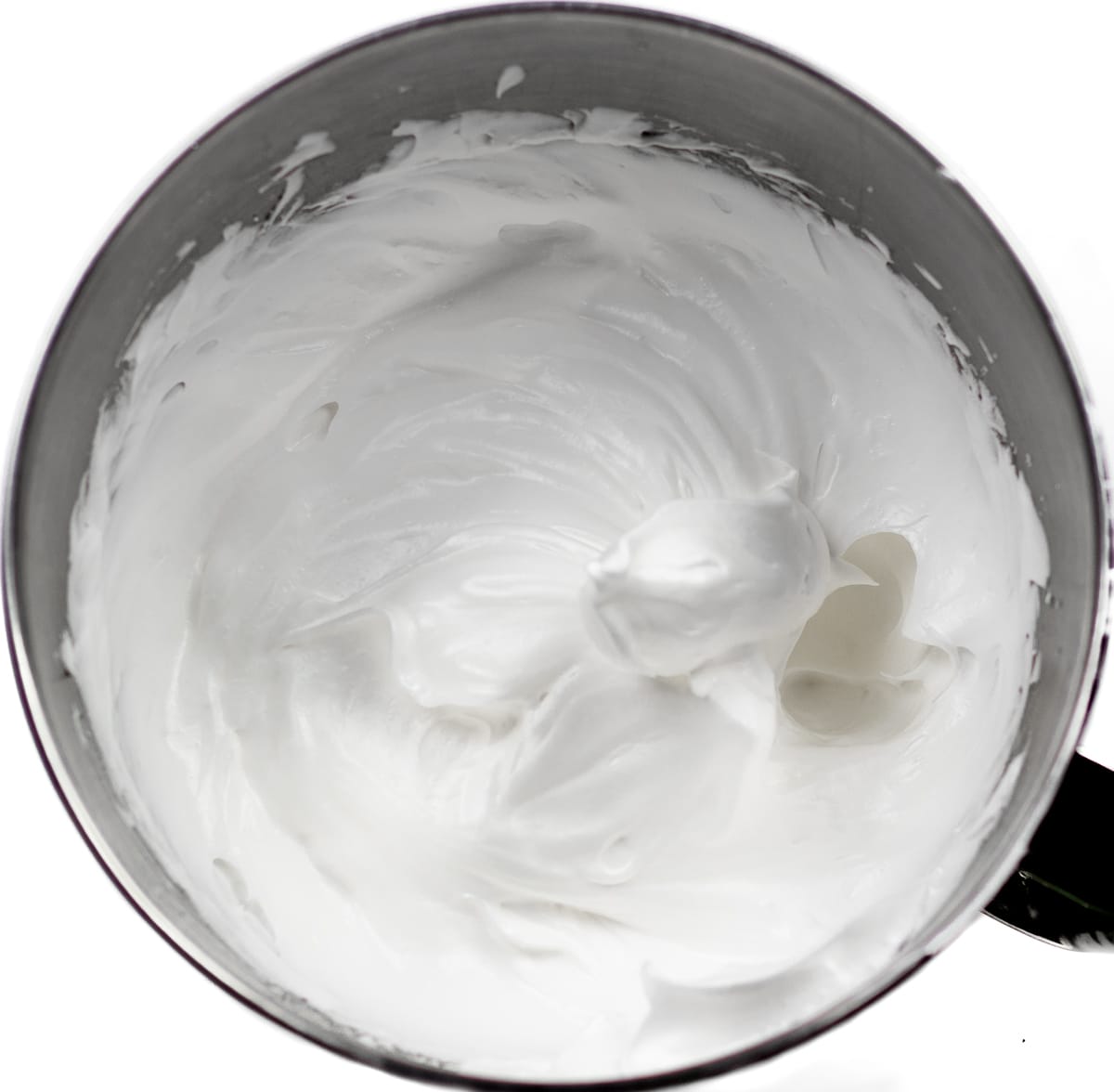 Use a large balloon whisk to very gently mix the meringue into the cake batter until evenly combined. Try not to deflate too much air as you mix. Pour the batter into an ungreased tube pan. Make sure the pan you're using is not non-stick or the cake won't rise. 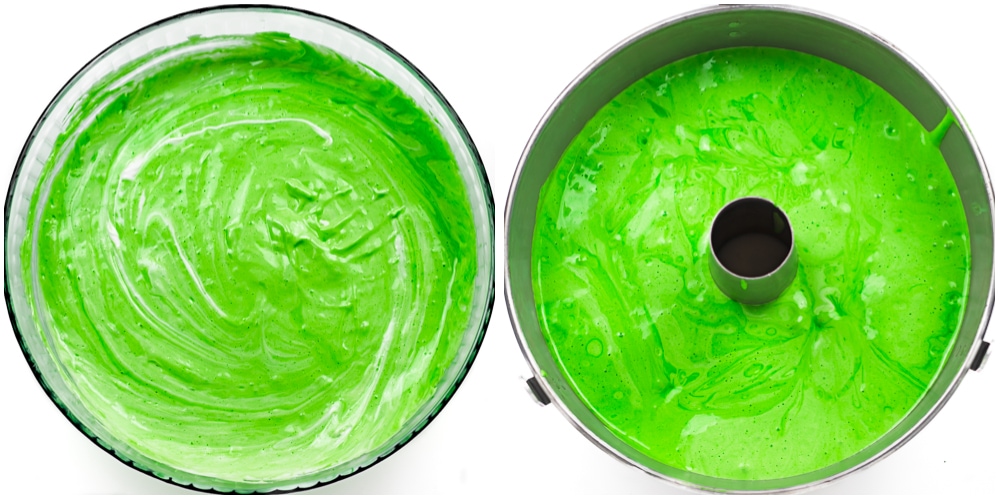 Bang the pan on your counter a few times to release some of the trapped air bubbles.

Bake the cake in the preheated oven for 55-65 minutes. It should have risen up with a light golden, crackly top, and a cake tester or toothpick should come out clean. 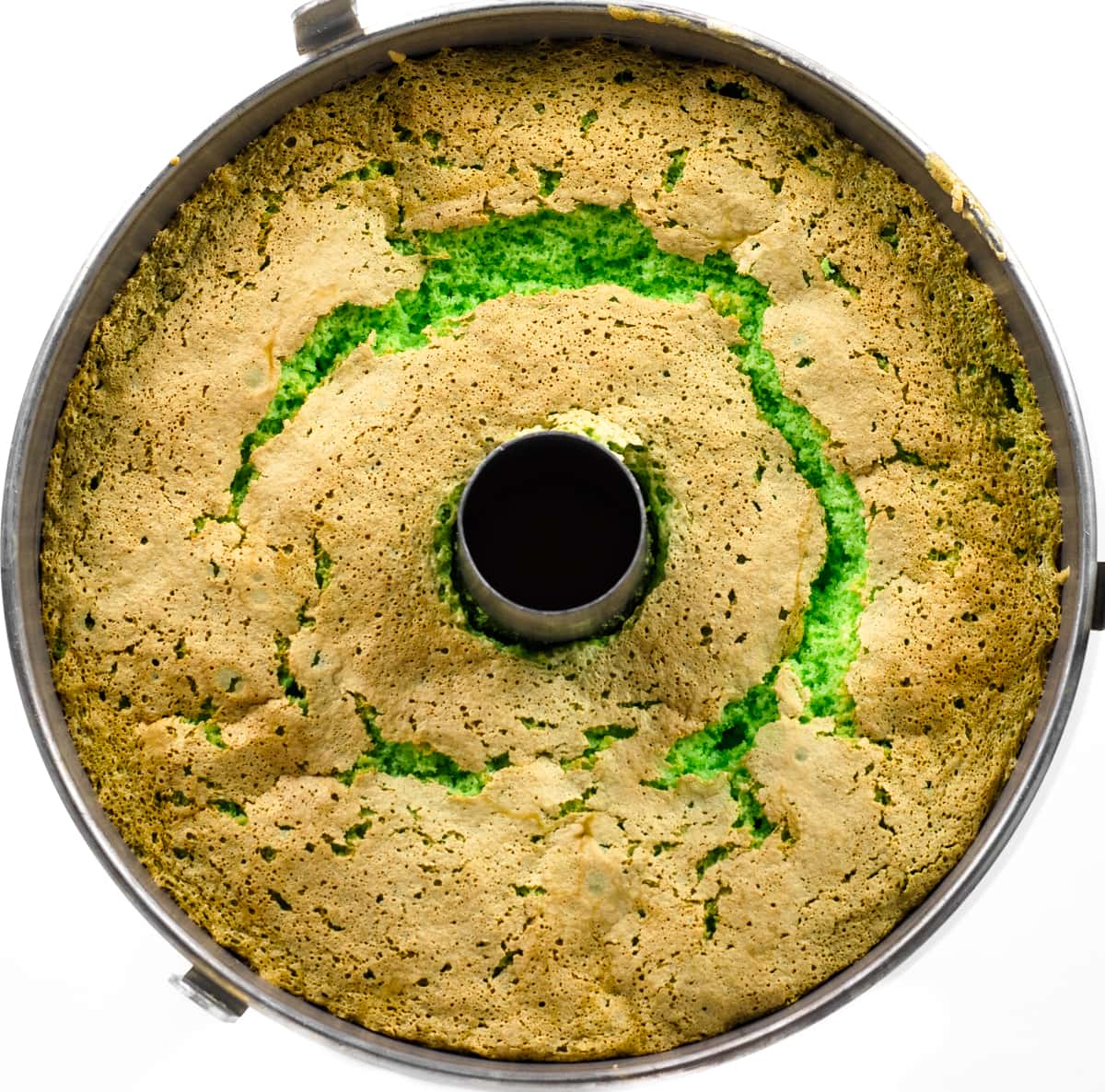 Take the cake out of the oven and very carefully flip the tube pan upside down. Keep the pan upside down and let the cake cool completely at room temperature. Cooling the cake upside down prevents it from deflating, since you didn't grease the pan, the cake will be stuck to the sides and won't fall out.

To add the whipped cream onto the cake, use a piping bag with the tip cut off and pipe it all over the top and sides of the cake, then use an offset spatula to even it out. You can let that set in the fridge and top with a second coat, if necessary. 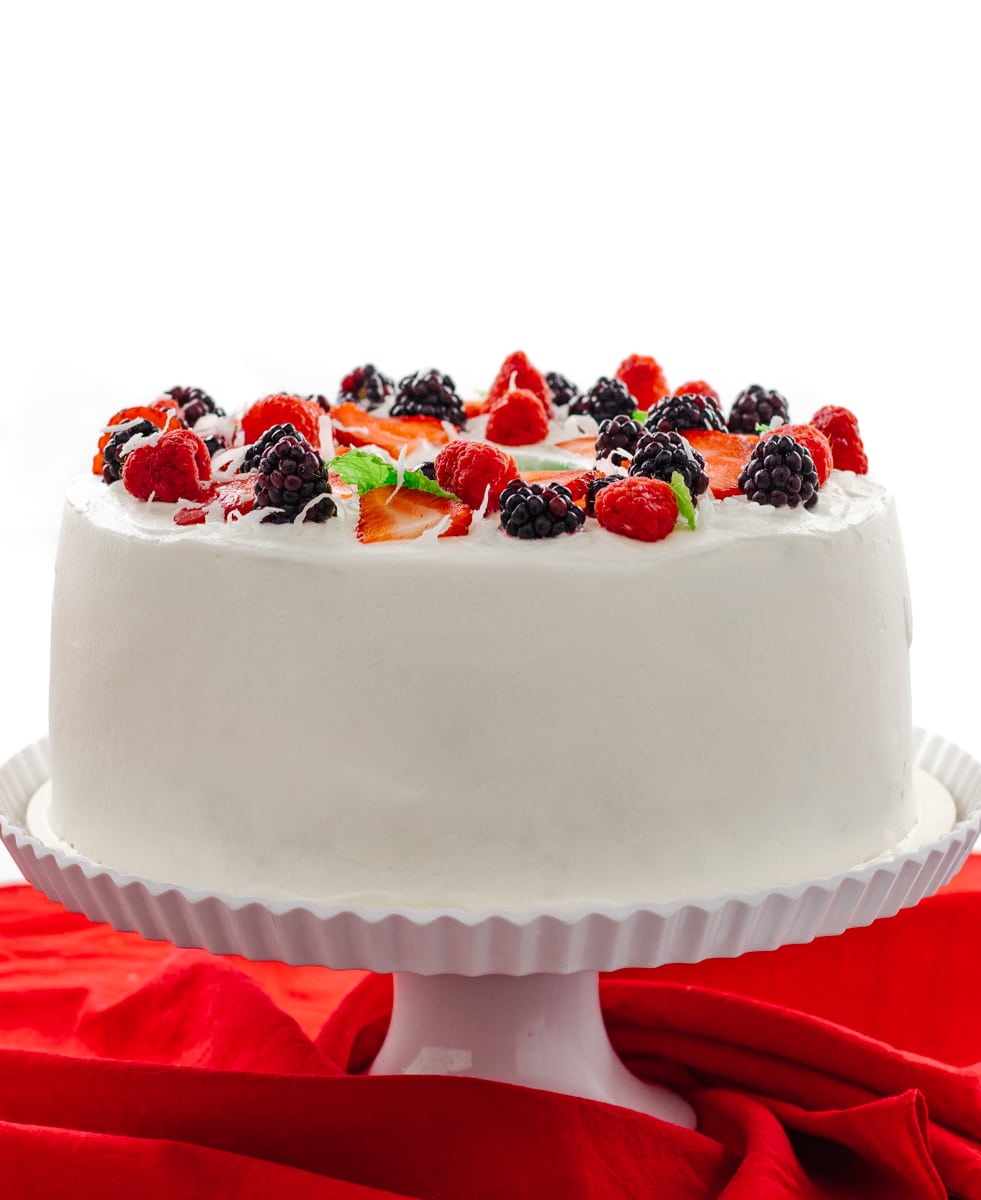 Add some sliced berries to garnish before serving. The cake tastes best the same day once assembled, store any leftovers in the fridge for up to 3 days. 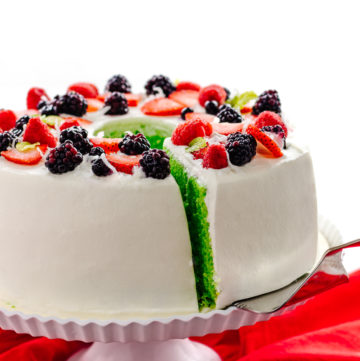