Spinach quiche, also known as quiche florentine, is made with a buttery, flaky pie crust, chopped onion, spinach, shredded cheeses, and a creamy egg filling. It's a delicious and impressive dish that is perfect for fancy brunches or easy weeknight dinners. 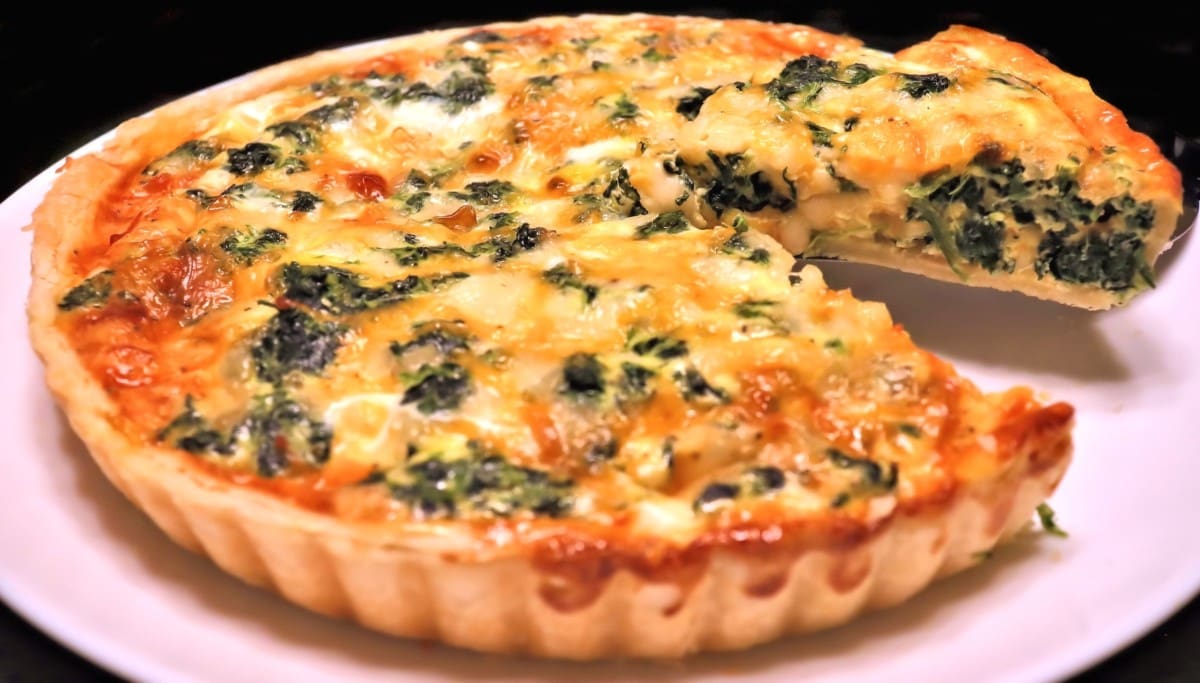 Quiche is made with a savory egg custard filling inside a buttery and flaky pie crust. There are many different ways to prepare it, with different meats, cheeses, or vegetables. Some of the more popular quiche recipes include quiche lorraine, which is made with onions and bacon, and quiche florentine, which is a spinach quiche.

A tart pan is optional and makes the quiche look extra fancy. It also has a removable bottom which makes it easier to transfer the quiche to a serving plate. If you don't have a tart pan you can also use a shallow 9" pie plate. Prepare the pie crust in advance so it has time to chill, or to make things really easy you can buy a store-bought pie crust. I love making my favorite homemade pie crust whenever I get the chance, but sometimes time doesn't allow for such luxuries. The crust doesn't need to be prebaked and the filling only takes about 10 minutes to make. So once you have your crust rolled out just press it into your pan of choice and set in the fridge while you prepare the rest of the ingredients.

How to Make Quiche: 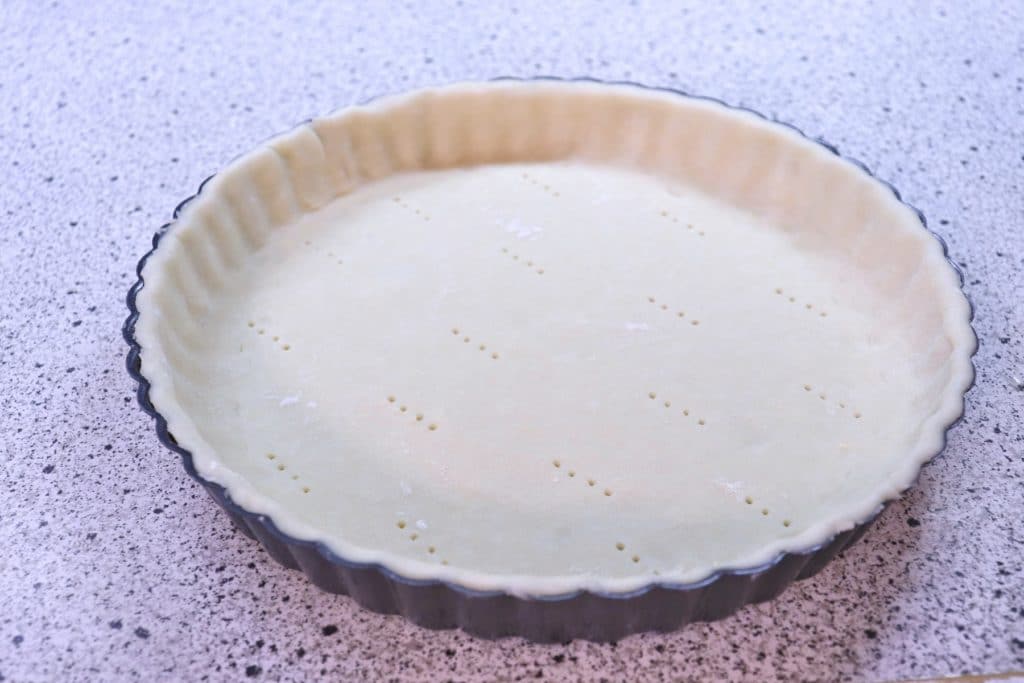 2. Heat olive oil in a medium pan and add the chopped onions. Sauté the onions until soft. About 3-5 minutes.

3. Defrost frozen spinach in the microwave and use a paper towel to squeeze out alllll of the water. You want all of the moisture out to avoid a watery quiche with a soggy crust. You will be surprised at how much water you will be able to squeeze out!

4. Spread the cooked onions in the bottom of the pie crust and top with half of the spinach.

5. Add half of the shredded cheeses and then top with the rest of the spinach.

6. In a large bowl whisk to combine eggs, half & half (or half milk half heavy cream), salt, and pepper.

7. Top with the remaining shredded cheeses and pour in the egg/cream mixture. Bake at 375° for 35-45 minutes until set and a knife inserted into the center comes out clean.

Or you can make my mini quiche recipe here: 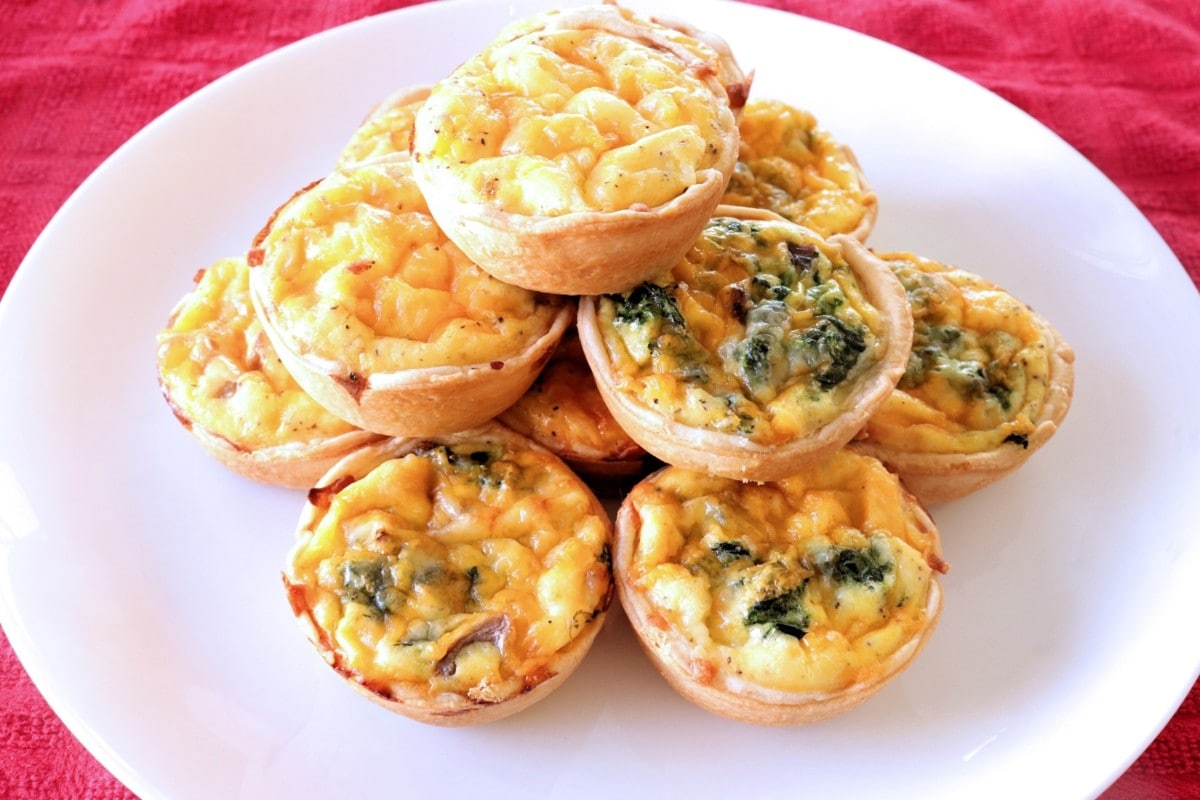 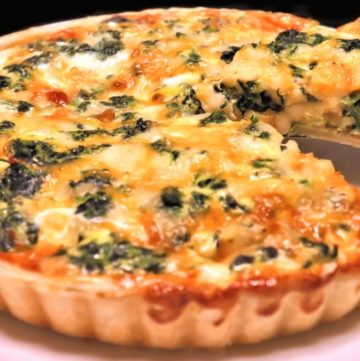