If you want to learn how to make authentic Japanese ramen you have come to the right place! This is your complete guide for each step of the ramen-making process, including the tonkotsu (pork bone) broth, the shoyu tare, the rolled pork chashu, and the perfectly soft-boiled egg. 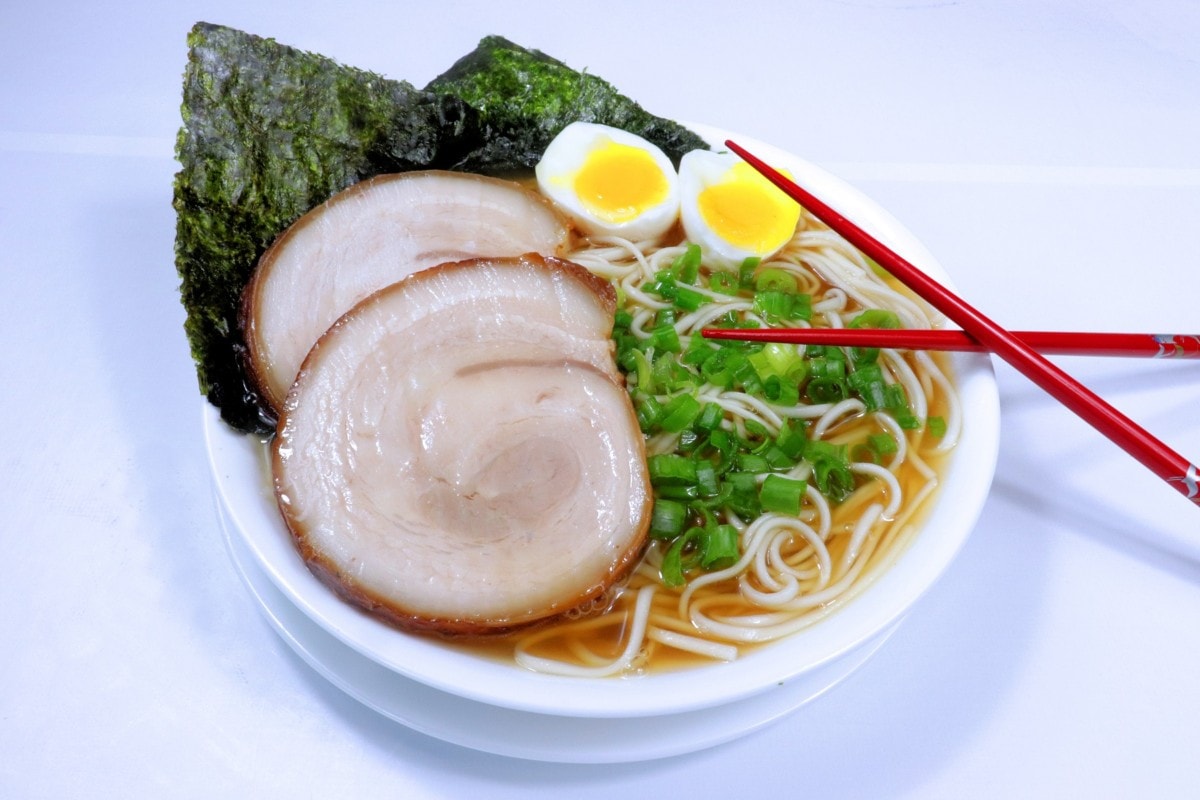 Authentic Japanese shoyu ramen is something that I have been working on perfecting for years! My husband spent time in Japan and the one thing he was obsessed with was the ramen. When he got back home he was hell-bent on finding a bowl that stood up, but every ramen restaurant he went to let him down one way or another. So, I made it my personal mission to recreate it for him! I can't tell you how many times I tried and failed, which he was always very honest with me about. After A LOT of research and A LOT of trial and error, he has finally dubbed this recipe as perfect, and he loves bragging about it to anyone who will listen.

I'm not going to lie, it is a lengthy process to make it, but it's also fun and your house will smell amazing throughout! To make it easier, just tackle one step at a time and enjoy spending a few days making it. It's worth all of the effort in the end.

WHAT BROTH IS USED FOR RAMEN

WHAT MEAT IS USED FOR SHOYU RAMEN

The most popular meat used in authentic Japanese ramen is pork belly. It's a fatty, tough cut of meat that becomes very tender when braised slowly in liquid for hours. You can find it at your local butcher shop or some Asian markets. Rolling the pork into a log helps keep it tender and juicy on the inside and also makes for a better presentation.

To roll the pork, start with the skin side down, and roll it into a tight log. Tie at one end with kitchen twine leaving about 2 inches of loose twine. Continue wrapping around with the twine going to the other end of the pork. Make your way back to the starting end and tie it off with the loose piece of twine.

In a large pot, heat oil and add the rolled pork. Brown for 2-3 minutes on all sides to get a nice, even sear. Add in soy sauce, sake, broth, green onions, shallots, and smashed garlic and bring to a boil. The pork should be about halfway submerged with the liquid. Cover and simmer on low for 2 hours, rotating the pork every 30 minutes. Allow the pork to cool completely in the fridge before cutting into thin slices. Using a bread knife makes slicing easier. 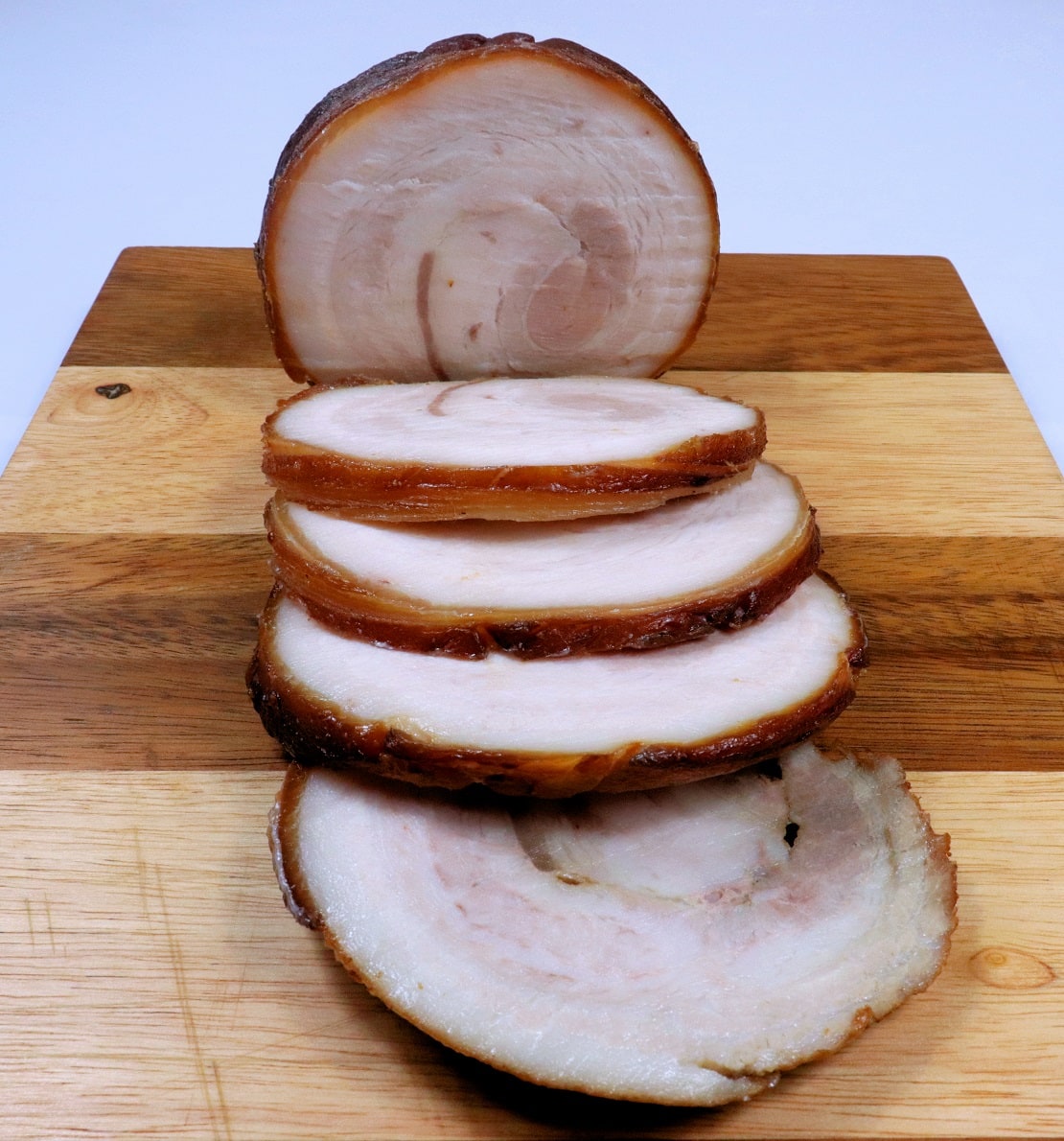 FOR THE SHOYU TARE (SEASONING)

In a medium pot, add soy sauce, sake, mirin, rice vinegar, and brown sugar. Keep simmering on low and set aside until ready to use.

You can find authentic Japanese ramen noodles at your local Asian market in the frozen section or in the dried noodles area. If you're having trouble finding them just ask one of the employees to show you. Make sure they are real ramen noodles and not the dried packaged kinds that college kids make. The noodles cook quickly, about 1 to 3 minutes in boiling water.

FOR THE SOFT BOILED EGG

For perfect soft boiled eggs, bring 3 inches of water to a boil in a large pot. Lower the heat and use a spoon to very carefully and gently lower the eggs into the water. Do this slowly so they don't crack. Once you have all of the eggs added to the pot, increase the heat back to medium and set a timer to boil for 6 - 7 minutes. Remove the eggs and immediately transfer to a bowl of ice water to stop the cooking.

Heat the bone broth in a small saucepan and add the shoyu seasoning slowly. Start with 2 tablespoons for every 1 cup of broth.  Pour the shoyu broth over the cooked noodles and add the sliced chashu, soft boiled egg, green onion, and sesame seeds. Serve immediately. 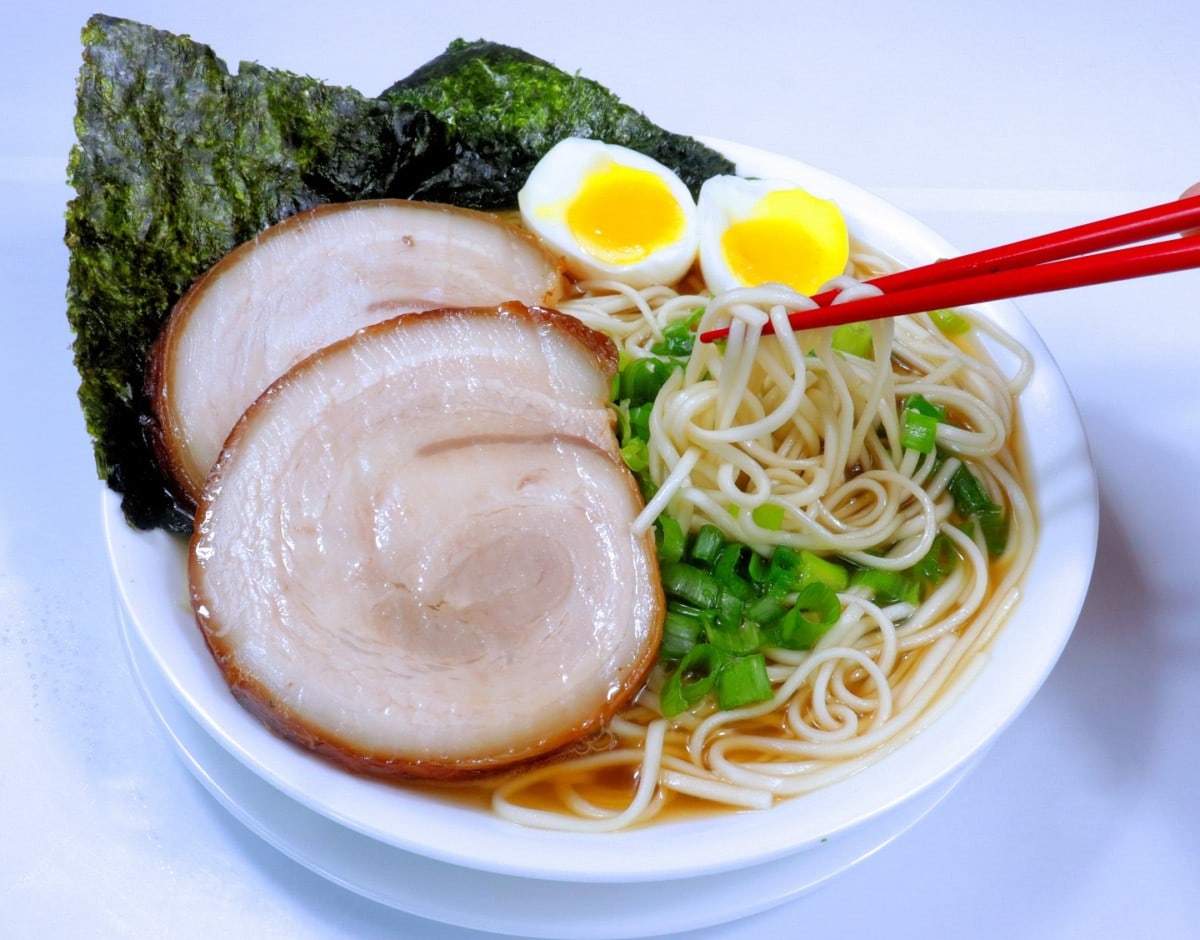 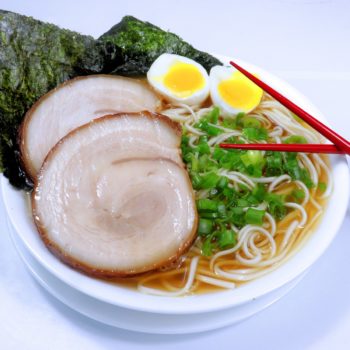 For the Pork Bone Broth

For the Rolled Chashu

For the Shoyu Tare:

For the Tonkotsu Pork Bone Broth:

For the Rolled Pork Belly:

For the Soft-Boiled Egg: